I don’t even know what to call myself. Am I an Abbeyess? Downtonian? Whatever you come up with I love the PBS series Downton Abbey. I love historical fiction, the fashions of the era, and pretty much all things “angophilian.”  Season three we even dressed up and attended the premier party at the Missouri History Museum.  Last night marked the fourth season of this fantastic program and I was predictably glued to my seat. There were two themes I was reminded of from last night’s program. 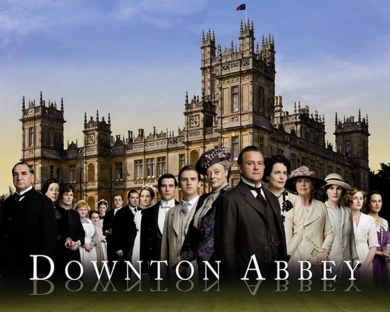 1. Sometimes you have to be invited back to the land of the living. At the end of last season we see everybody’s favorite character Matthew Crawley die in a tragic car accident moments after meeting his firstborn son. His wife Mary has been trapped in the horrid fog of loss and despair for the last six months. Her grandmother, the Dowager Countess, reminds her in last night’s episode that Mary has a very clear cut choice. To reside in the land of the living or in the dead. We’ve all been through times of grief. We’ve all needed that time to heal. And then we’ve almost all needed that tough love individual to invite us back into the land of the living. It doesn’t negate our loss or pain it’s just simply an invitation to continue living within a new reality.

2. Sometimes you have to pushed back into the land of the living. The Granthams are no stranger to grief and despair. How else would this be such a fantastic tv drama? In attempt to protect his daughter and to stay true to the social mores of the time, Lord Grantham feels Mary should not be pushed into making any decision or take on any responsibility  that might cause her more tears or stress. He enables her grief to continue. However, Mary’s brother in law Branson who is no stranger to loss himself as well as Carson the butler empower Mary to think for herself. Carson reminds Mary what she was made of before this tragedy by stating “you’re strong enough for the task.” When life events happen as we can count on them to, we all need those people in our lives who will give us a boost of confidence when our world has been shattered.

In this life we will endure pain, suffering, and loss. Whether it be in relationships or illness and disease, we can’t be too surprised by facts of life in which we have no real control. However, what we do have control over is whether we accept the invitation back to the land of the living or don’t push back if we are gently pushed into the land of the living.

It's good talking with you. Cancel reply

This blog is just a place for me to have a voice. It is completely separate but greatly influenced by www.TheSparrowsNestStl.org

Talk Amongst Yo Selves