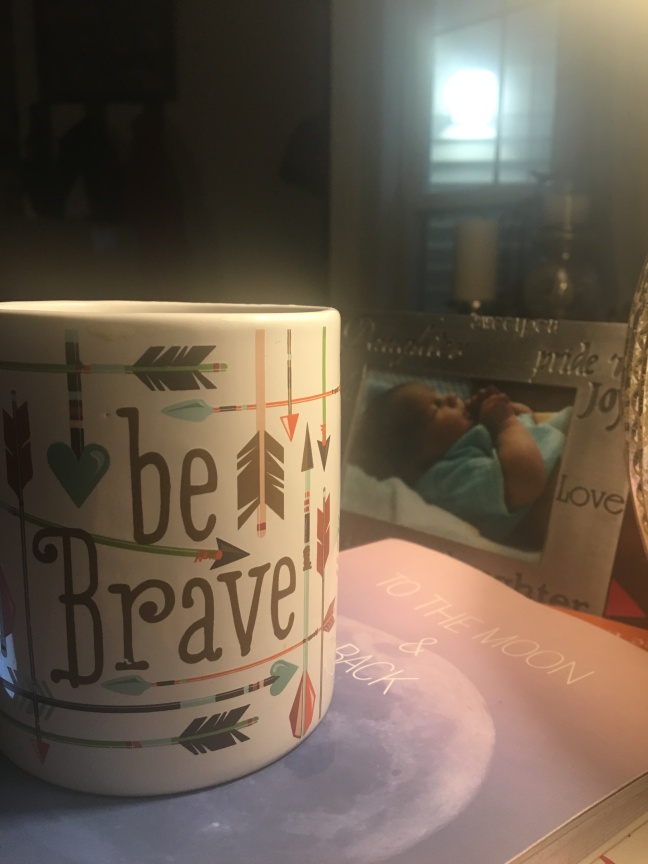 Yesterday I had the opportunity to speak at the Athena Leadership Awards Luncheon. The Athena program exists to support the development of women in leadership roles. I was very impressed to see quite a few men in the crowd! The Planning Committee had asked me to incorporate this video about Keala Settle stepping out during a workshop session of the song “This is Me” from The Greatest Showman. I have had many many people ask me to share my talk. Most of it was just in my head but I have tried my best to re-create it here. I also made a simple .pdf of the lyrics to ‘This Is Me.” If you would like it just complete the contact form at the bottom of today’s post. I would love your feedback and also stories of you stepping out into the ring. Thanks! (disclaimer: this was about a 20 minute presentation so it’s a pretty long read)

I have the hardest time talking about myself. I would rather stick a fork in my eye than write my own bio. I am so awkward when introducing myself. I sound like I’m at some AA meeting for Misfits: “Hi, My name is Carissa, I love Jesus…and beer.”

Some of you experienced my awkward small talk during networking times. I feel like I am really good at getting you engaged, asking you your story, how you found yourself at this point in life. But when the conversation switches to me I lose all social aptitude. I may start off with some really really random story of my complete family history: “Well, my family came from Ulster, Ireland and immigrated to the US in 1778 landing in Tazewell County Virginia. From there we eventually made our way across Kentucky and settled here in Central Missouri.” In my head I have all the alarms and sirens going off, the Abort Mission Voice is telling me to stop talking, graciously remove myself from all embarrassment but somehow I choose to physically extract myself from the conversation with a combination of sly Crouching Dog ninja moves and slight of hand movements that include the phrase “these are not the droids you are looking for.”

We have the hardest times talking about ourselves because I think we aren’t really even sure who we are. I’m aiming for the 50 under 50 crowd because I am just now hitting my stride. I am just now figuring out what I am supposed to be doing. But even then, I know when I am struggling with confidence at times when I need to step up to a challenge or an obstacle I tend to still let my high school nemesis define who I am. She made sure I was kept in my place by telling me I was homely and the things I cared about no one else did, and how did I live with myself knowing I didn’t matter. In fact, her voice is one of the voices I hear in my head when I allow fear to seep in. A mean girl voice??? A person I haven’t seen in 25 years is the voice I choose to crush my confidence and doubt my abilities???

Why is it we also we can’t accept compliments or encouragement from one another? When someone tries to compliment us what is the first thing we try to do? We brush it off, sheepishly dismiss it. I will prove to you by this exercise of assuming a power pose and saying with me “Be Bold! Be Brave! Be You!” Say it with your shoulders back, chest high, chin defiant, and a slight smoldering, ephemeral look in your eye! Point to your table mates and say “Be Bold! Be Brave! Be You!” … most of the time…

Let me explain the “most of the time” part. Most of you didn’t have a hard time saying that phrase to someone else. But some of you really wanted to physically dodge the empowering charge. Did you try to jump out of the way of their encouragement? You might have felt that the people at your table have the superpower coming out of the end of their finger as they pointed to you that might  force you to be brave and to be bold. But you aren’t even sure who you are to be brave.

Because we don’t know who we are we tend to adopt behaviors and attitudes that are actually detrimental to not only ourselves but to each other. We act out of fear to protect ourselves from the unknown. The next part will sound very preachy and judgemental and that’s because it is. But the reason I can be preachy and judgemental is that I have demonstrated all of these behaviors and I know they have become barricades to my success or worse yet barricades to others success. There are times when we have to be brave enough to not be us. There are behaviors that we have to stop justifying, things like…

The reason is this: I look around and yes, I see the historical barricades and societal roadblocks that are still here. Why is it freaking 2018 and we are still dealing with issues of equality and freedom??? These are things that should have been resolved 100 years ago. I have to take a step back and take a more global view and see where the resistance is really coming from. I now realize that on top of those historical barricades and those societal roadblocks are my own issues. I like to think that just because I don’t know who I am or I make poor choices that somehow that doesn’t affect the rest of you. The truth of the matter is the lack of the identity and those behaviors create more and more barriers and walls. I am just adding to the roadblocks and so are you. We are perpetuating the stereotype with the way we treat ourselves and the way we treat others.

In that video, Keala Settle was not auditioning. She already had the part. She already had the role. She had already put in the hard work, earned the right, persevered. She already possessed the gifts, talents, and work ethic. What on earth was she afraid of? She is a seasoned performer! What made her think she didn’t belong there? Did you see how the energy changed in that room when she had the courage to step in front of that music stand? Did you see what she pulled out of everyone in that room by her bravery? And I have to say the same thing to you.  What are you afraid of?  You are not auditioning. Do you think you don’t belong here? The time is past waiting to be asked to try out. You already have the role. You already possess the gifts, talents, and work ethic. You have put in your time. We need everyone to be fully engaged, to step into the ring, to be the light and the energy in this world altogether. This is your moment. And just like Keala experienced, you know what you will most likely experience?

It's good talking with you. Cancel reply

This blog is just a place for me to have a voice. It is completely separate but greatly influenced by www.TheSparrowsNestStl.org

It’s always a good day when you combine coffee and catching up with dear friends!!
I had the honor of first meeting @glennjjjr in 2016 through @vision_stc . I’ve since had the blessing to serve with him on numerous occasions most recently through the Community Assistance Board. Several things come to mind when I think of John. One is his fabulous smile and onery chuckle. He shares both freely and abundantly. Two he is generous with his encouragement and appreciation of others. Third, John for decades has chosen to step into the next best way to serve. He doesn’t serve the community for accolades or attention. He sees a need and fills it. I can’t think of another better soul to receive Visionary of the Year. Congrats my friend!
Living our best life at @sugarbotcreamery VIP event. You won’t want to miss the grand opening coming soon!
For this child we prayed.
I am the great great grand daughter of strong women. I am the great grand daughter of strong women. I am the proud grand daughter of Elaine and Grace. I am the beloved daughter of Becky and Joyce. I am the fierce mama of Emma, Sam, and Alex. I am believing with all my heart, and soul and mind that God will continue a lineage of faith and love to my grandchildren and their children and their children and their children. #Exodus20:6 #happymothersday❤️
There is nothing like live music with fabulous friends to make you feel alive! #kennychesney #stlouis #hereandnowtour

Talk Amongst Yo Selves